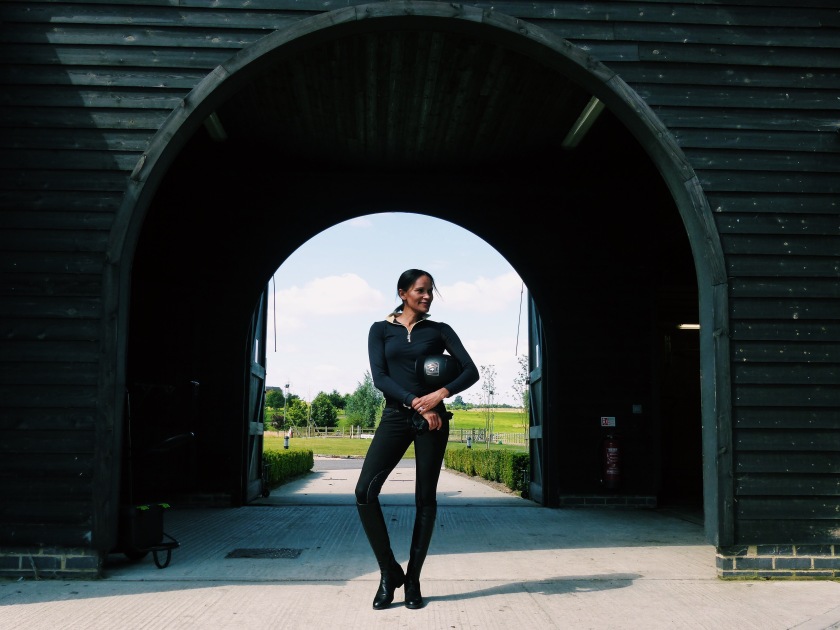 Ever since I was a little girl in Toronto watching James Herriot’s All Creatures Great and Small and various other windswept British TV shows and films, I have dreamt of riding horses across the English countryside. When I was 13 years old I began taking riding lessons, and collecting equine holiday catalogues, with my eyes ever fixed on that dreamy Jane Austen-fueled mark. Over the years I’ve had the good luck to ride horses in France, Sweden, Switzerland and, of course, Canada and here in the good old U.S. of A. Then this summer, when my husband decided he was long overdue for a first trip to London, I decided it was my chance to live this long-held dream! The stage was set by the Four Seasons Hampshire, a picturesque location I chose after reading a compelling post from Damsel in Dior. Suited up in my breeches and boots (can we talk about how chic riding clothes are??) I set out on a cool August morning to live the dream. Forthwith, photographic evidence of my windswept English equestrian moment. We trotted, we cantered, we galloped through the fields. It. Was. Everything.

My mount was a lovely little Arabian mix named El Nino, and we got to know each other in the ring before setting out onto the 500 acre grounds. 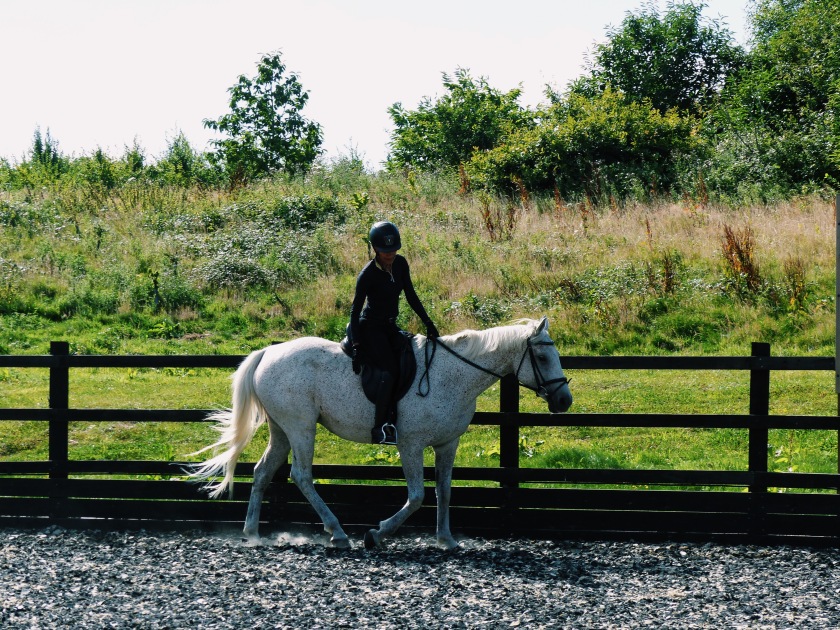 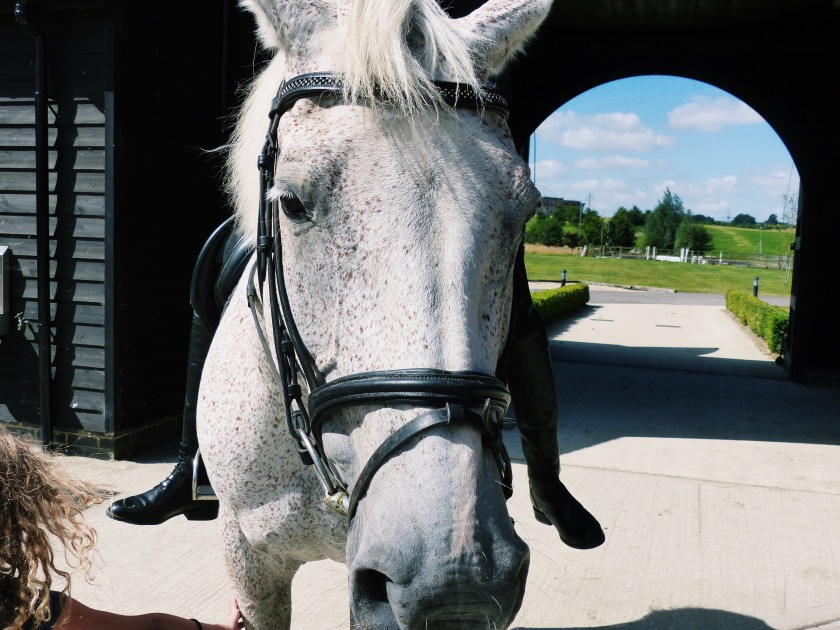 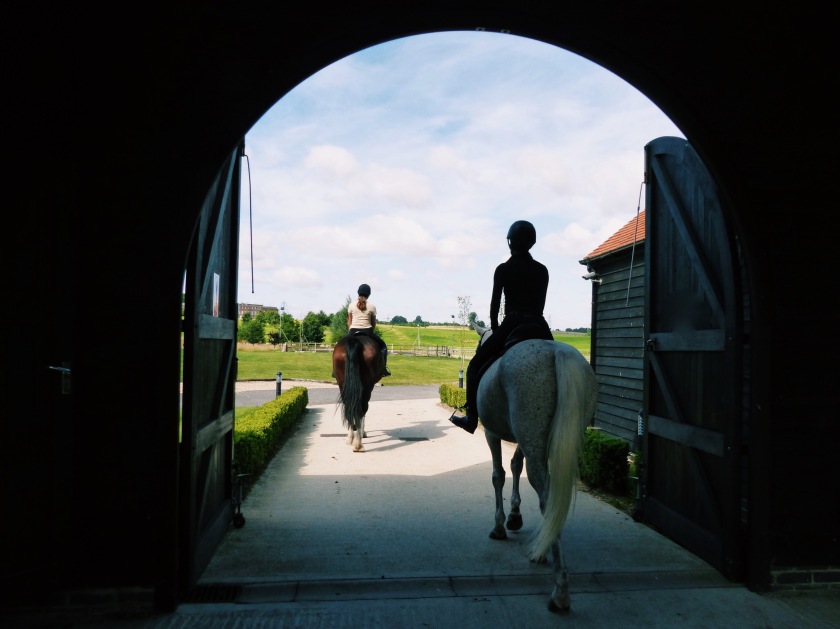 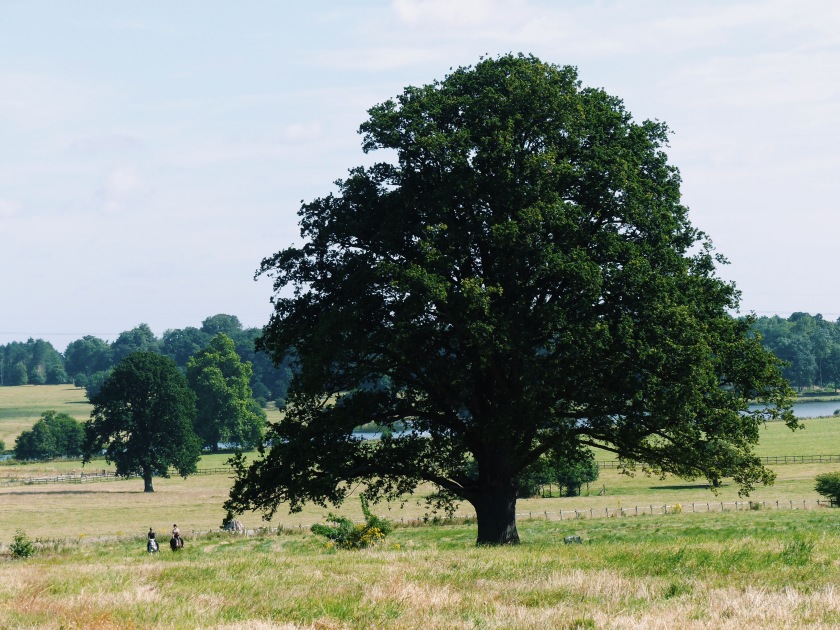 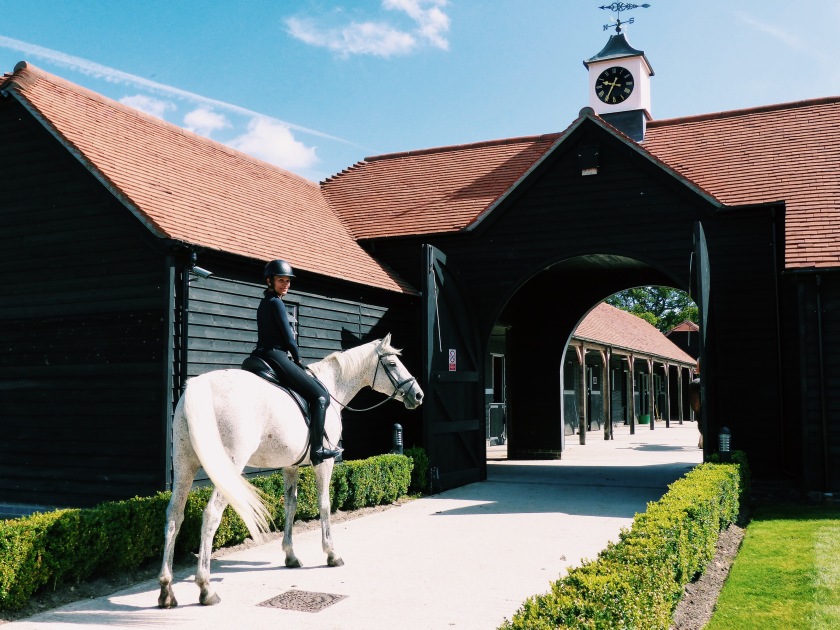 4 thoughts on “Living the Dream”

What do you think? Cancel reply